Serpent myths and symbols; Jormundgand, and the Ouroboros

There are many Serpent myths and symbols from around the world. 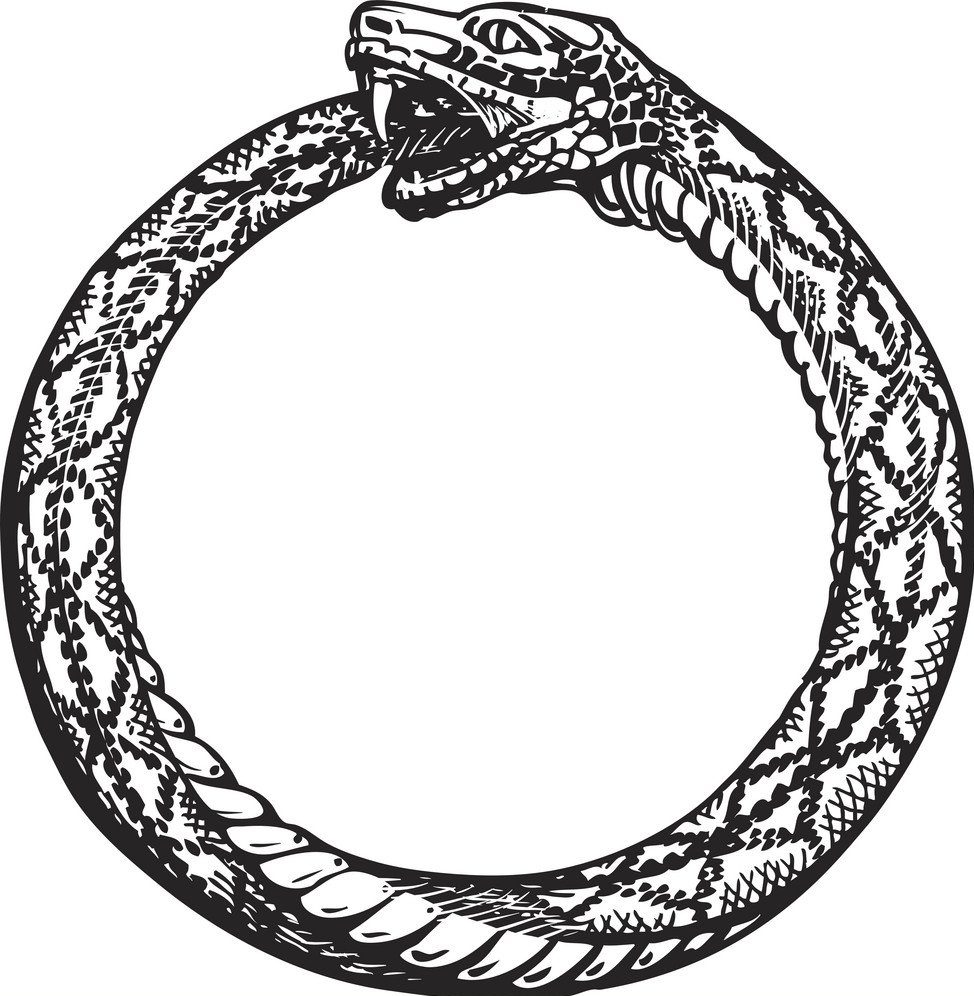 The serpent in the garden of Eden is one. Great worms and dragons appear in China and throughout European cultures. Then you have Quetzlcoatl in Mesoamerica. These are all examples of serpents from ancient texts.

Jormungand, the Great Beast, also called the Midgard Serpent, is a snake that lives in the ocean surrounding Midgard. Midgard is the physical world around us in the Norse mythology. The Midgard Serpent, grew so large that he encircled Midgard and trapped the world in his coils, He represents Fate or Destiny, from which no god or man can escape. At Ragnarok, Thor will become occupied with battling the serpent and unable to help others as they fight their own battles. He will eventually kill Jörmungandr but will fall dead after walking nine paces, having been poisoned by the serpent’s venom.

Jormungand is associated with the Ouroboros, a symbol of a serpent that bites its own tail, forming an unending circle. This symbol doesn’t seem to have been commonly used among the Vikings, it does appear across cultures throughout time, being present in ancient Egypt, Mesoamerica, and ancient India. 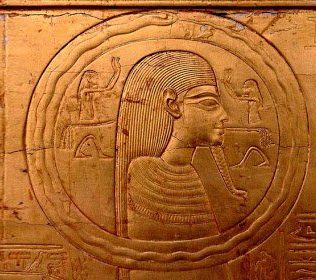 The word ouroboros is a Greek word, the combination of oura, tail, and bora, food, which combined, means tail eater. The ouroboros is an ancient symbol of a snake or serpent eating its own tail. It signifies infinity and the cycle of birth and death.

It is thought that the Ouroboros was conceived as an explanation of the Milky Way Galaxy back when mankind looked to the skies for many of life’s answers. Seeing that the serpent (Milky Way) flowed across the night time sky throughout the year without end gave it the appearance of a never-ending serpent. Hence it’s name ‘the serpent of light’ that lived in the heavens.

The earliest record of the Ouroboros appears in 1600 BC in ancient Egypt. To the believers of Gnosticism, the cyclic nature of the serpent symbolizes the concept of eternity. A similar concept appears in Celtic knots, the simplest of which are very similar.

The concept of time and eternity, our connection with the infinite has been a part of man’s experience of the world since the first person looked into the night time sky and wondered, what is that? 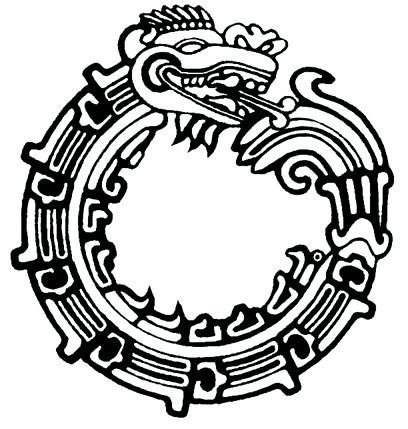 Millenia later we are the same, asking the same questions and looking for the same answers. The key might be in the Serpent myths and symbols that lie around us. We just need to keep searching.

Join On Myth
On Myth
Categories