This Lapis Lazuli Rune Stone set. This set contains 25 rune stones and comes in a pouch for easy transport. Runes were used for blessings and divination. 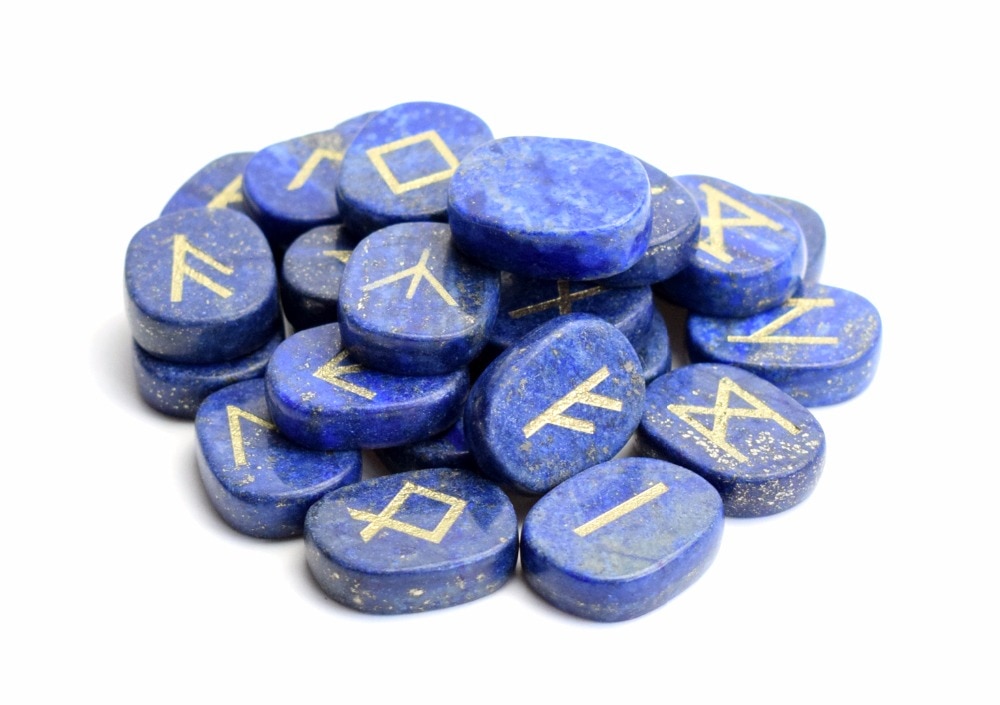 This set contains 25 rune stones and comes in a pouch for easy transport. Runes were used for blessings and divination. Odin hung from Yggdrasil for nine days and nights, pierced by his spear and near death. A sacrifice to himself to receive the power of the runes. The power of the word, of divination, of blessing and curse. I list the meanings of all the runes in my post “The runes and their meaning“. These stones were used in the Viking era as a divination tool.

Quantity: each set 25 pieces ( including 24 stones with engraving and one blank stone )

Runes are the letters in a set of related alphabets known as runic alphabets, which were used to write various Germanic languages before the adoption of the Latin alphabet and for specialized purposes thereafter.

The runic alphabet which is a composite of the runic symbols most commonly used in northern Europe. The names of the runes of the Elder Futhark are speculative recreations of what linguists call “proto-Germanic”, which stems from “proto-Indo-European”.

The use of runes in daily life just like as literary inscription, which also been applied to decorations and buildings, in addition, Ancient European monks who see it as a tool to communicate with the gods, but now, when people are in the meditation, they will grab a rune and as an answer.