This Viking Runes Bracelet is a great gift for the Viking in your life. A real treasure for your Viking Hoard! Runes protect & grant knowledge, and wisdom. 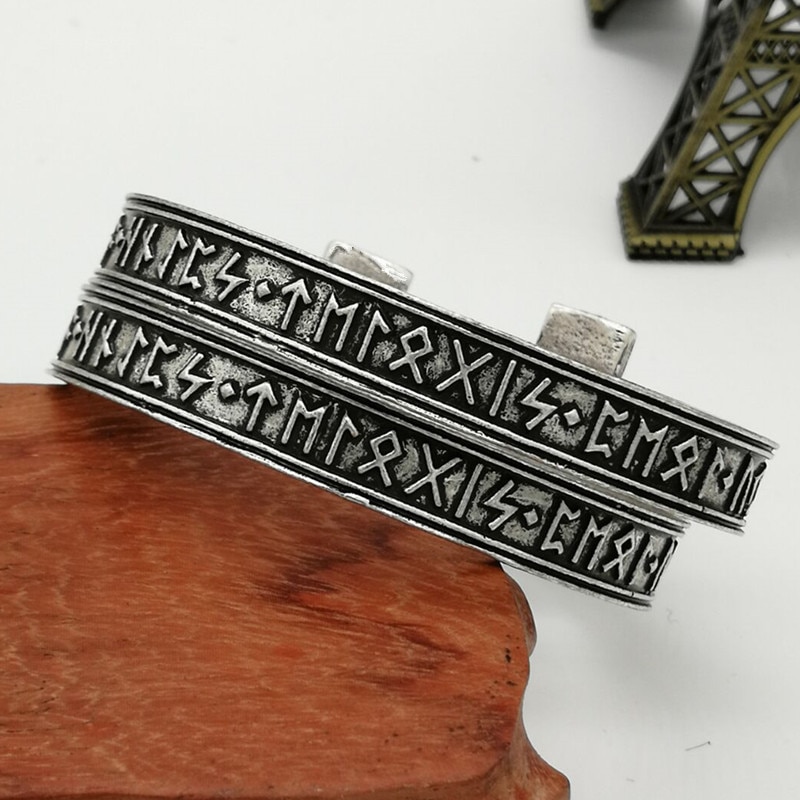 At the base of the world tree Yggdrasil lies the Well of Urd. The Norns sit there. The Norns are three beings that resemble old crones. They weave the fabric of fate for everyone in the nine worlds. The power of the Fates is in their use of Viking Runes which they carve into Yggdrasil’s bark. Up in the boughs of Yggdrasil lies Asgard the home of the Gods. Odin looked down on the Well and was envious of the wisdom of the Norns. Odin knew that to attain such wisdom a sacrifice would be required.

Odin hung himself from a bough of Yggdrasil above the Well of Urd and pierced his side with his spear. There he hung for nine days and nine nights before receiving the vision of the Runes. The near-death experience taught him not only the shapes of the runes and their meanings but also their inner power. The runes are not just a writing system like our alphabet. The Norse believed they had power and were magical. People use them for divination, and knowing the power of each Rune enabled Odin to do many things. By chanting the runes Odin could heal wounds, bind enemies, wake the dead, perform charms of protection and banishment, among other things. These powers helped Odin become the leader of the gods, wise and far-sighted.

There are parallels to this experience in many religions and myths. The shamans climbing the ladder to ascend to the world of the spirit in quests for knowledge, or Christ on the cross sacrificing himself for the sins of mankind. 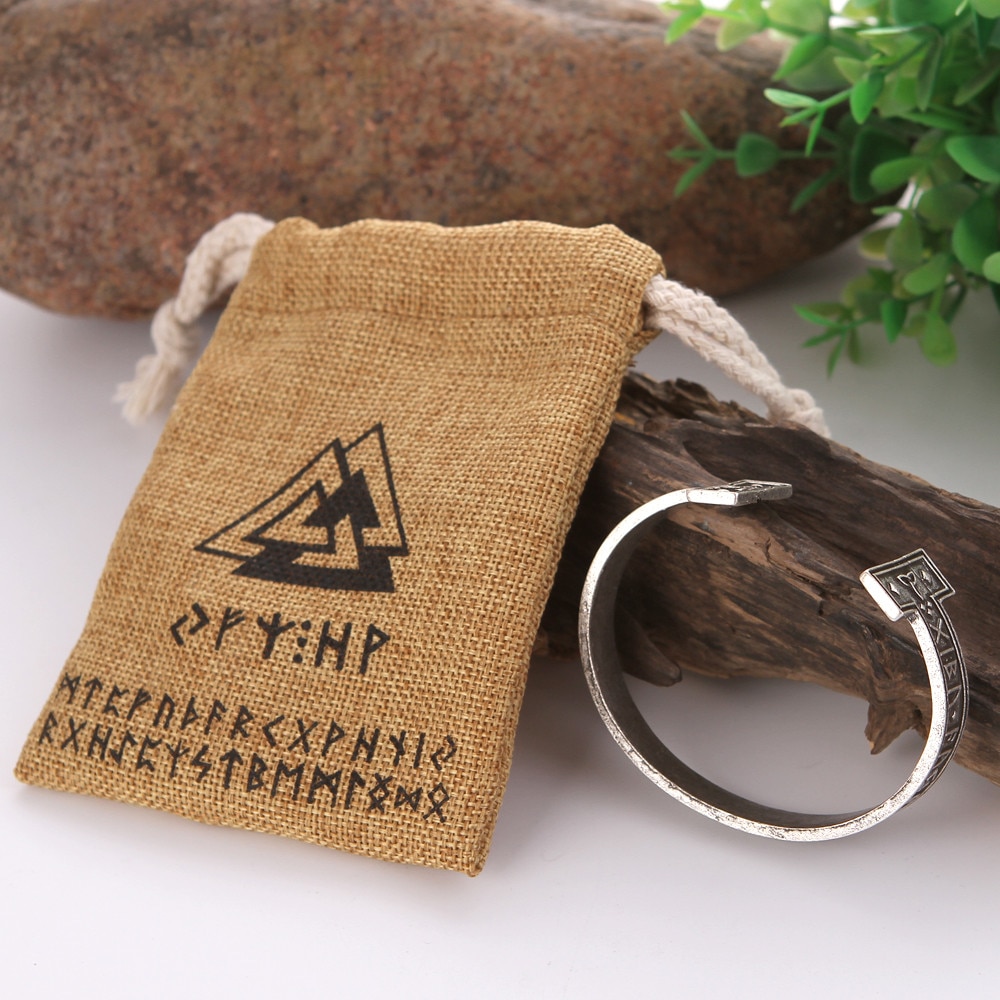 It is similar to the hero quest where the hero must pass through trials and darkness to attain the next level.

This Rune Bracelet is a symbol of the power and wisdom of the Runes. A great gift for the Viking in your life. A real treasure for your Viking Hoard! Runes protect & grant knowledge and wisdom.

Be the first to review “Viking Runes Bracelet” Cancel reply